GMB Union members at British Gas have been forced to take strike action against management who are threatening to FIRE and RE-HIRE 20 000 workers. Please sign this GMB union petition in support of British Gas workers.

This could be coming to a workplace near you.

British Gas was once a great company, but the company has been let down by successive regimes of mismanagement.

Every time the “solution” has been to cut jobs, pensions and working conditions whilst the gravy train to the top brass has changed little. Our members have done everything they’ve been asked, always on the promise that this will lead to prosperity - but hasn’t.

The latest round of talks kicked off with British Gas parent company, Centrica, threatening to dismiss the entire workforce if they didn’t accept management proposals.

This style of negotiation is wrong and GMB members who have given decades of their lives into the company deserve better.

After months of pressure from MPs of all parties and even the Conservative government, the company will not take the threat off the table and so GMB union had to ballot for industrial action.

Join us in sending a message of support to GMB members facing the prospect of having new contracts imposed on them.

Our members do not want to take strike action and are keen to negotiate with management, but cannot accept the Fire & Re-hire threat management refuse to remove. 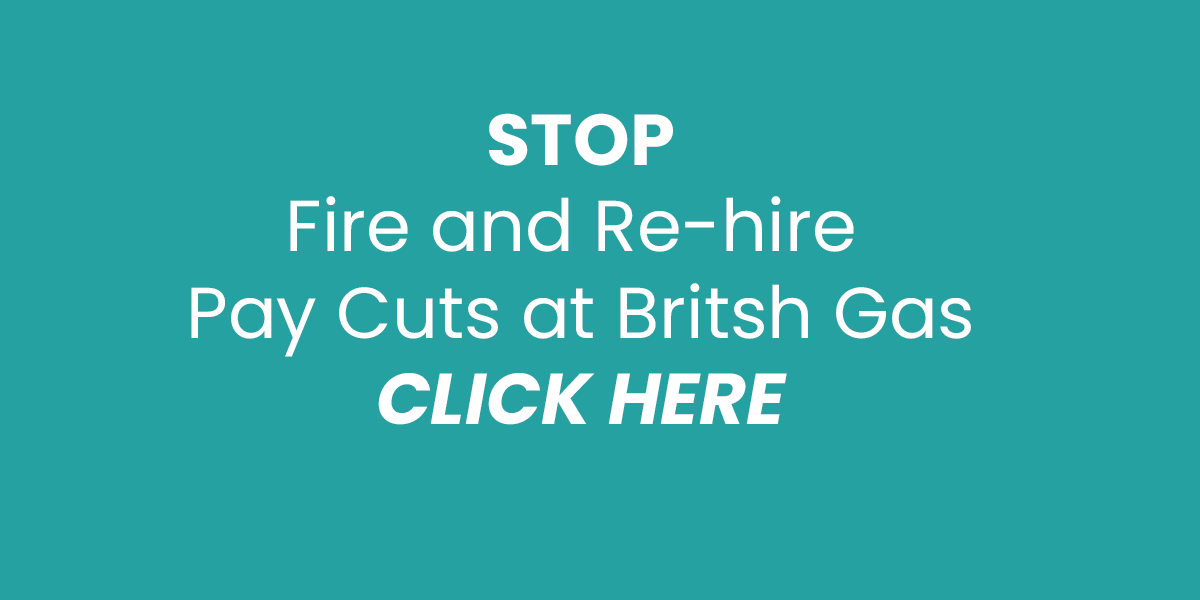