All we are looking for is a fair settlement of a percentage increase for 2020 and not the proposed one-off cash payment.

GMB UNION are no floormat at Polyflor, taking Industrial Action

After months of delays and several weeks of negotiations and the memberships rejection of their final pay offer.

All we are looking for is a fair settlement of a percentage increase for 2020 and not the proposed one-off cash payment.

This has caused real anger amongst GMB members when the company accounts showed they had paid a dividend of £20 million during the pandemic and it does not end there, the accounts also show Directors pay increased by 25% year on year.

We are encouraging the employer to get back around the table and enter meaningful negotiations to bring the dispute to a close.

Further strike action dates have been confirmed throughout August. 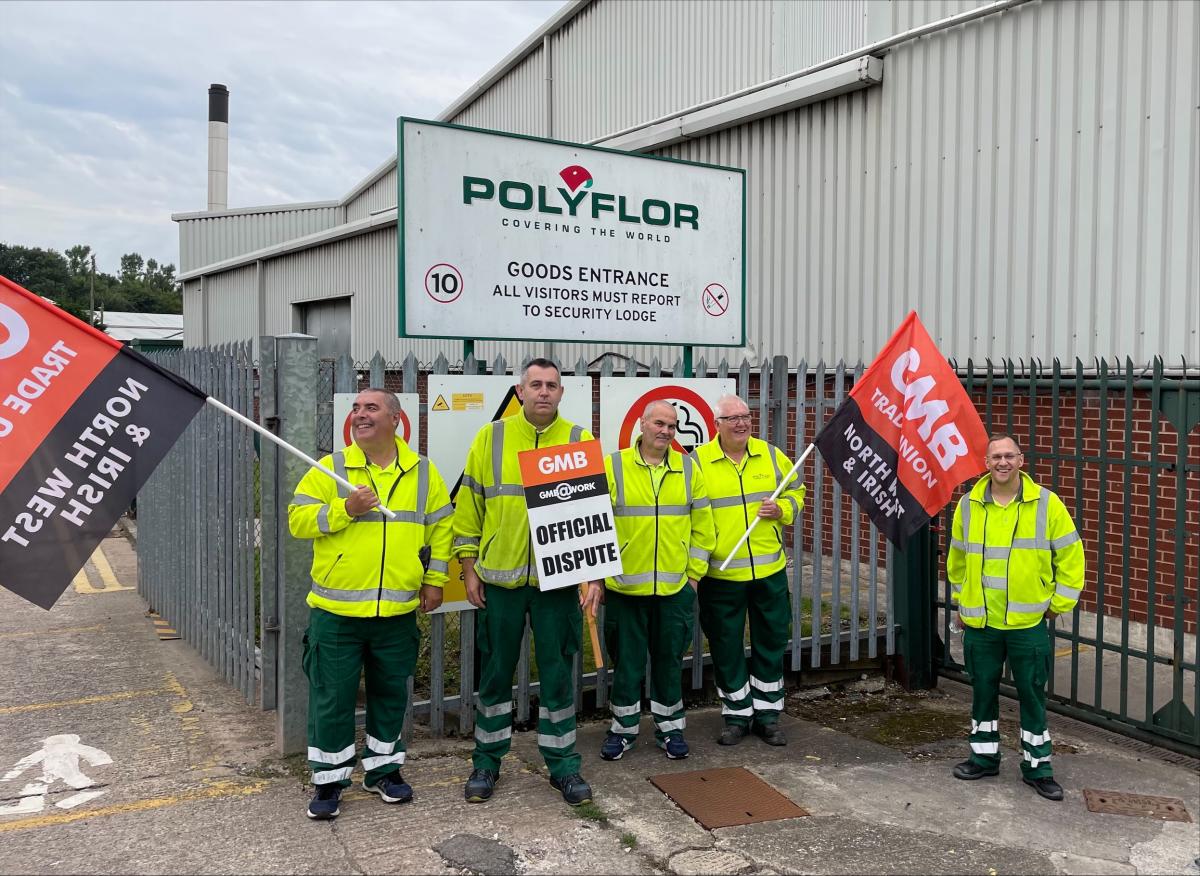 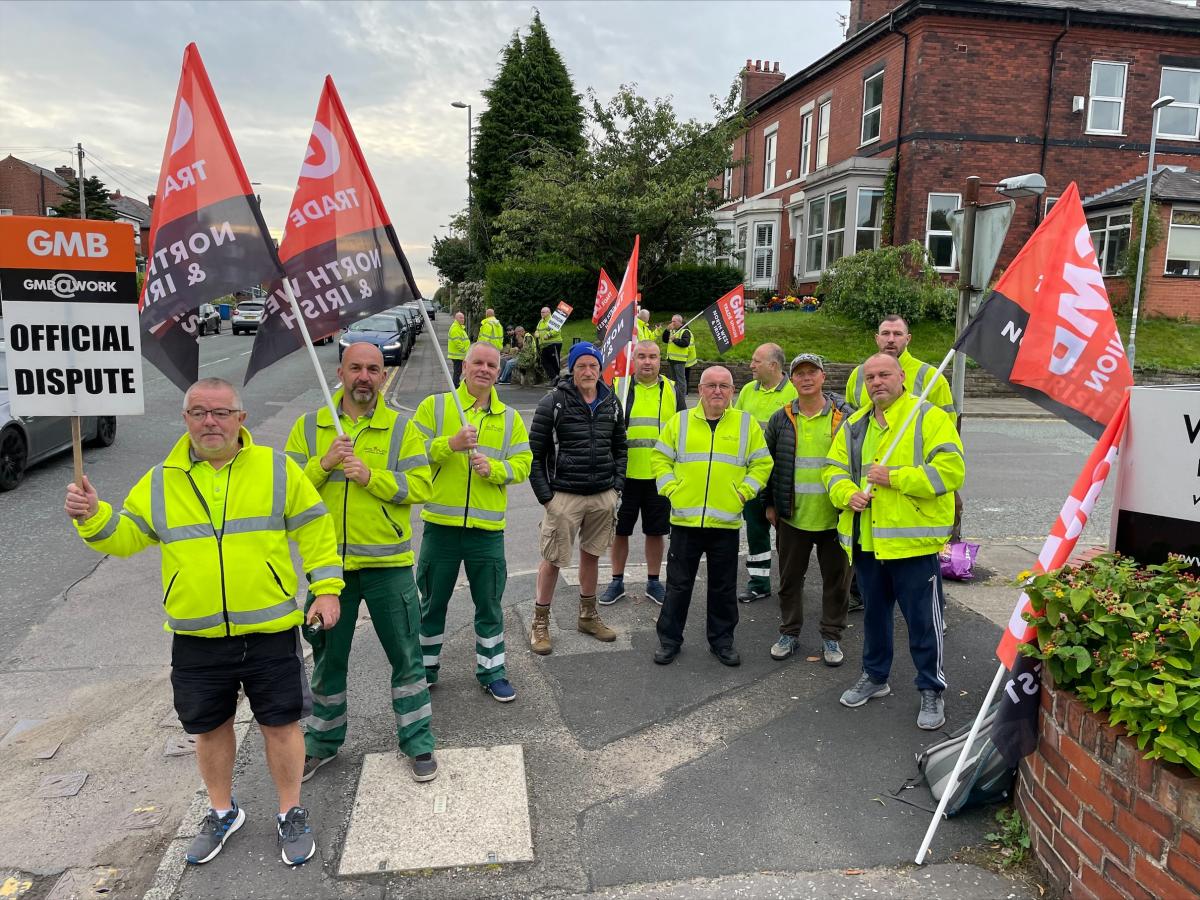 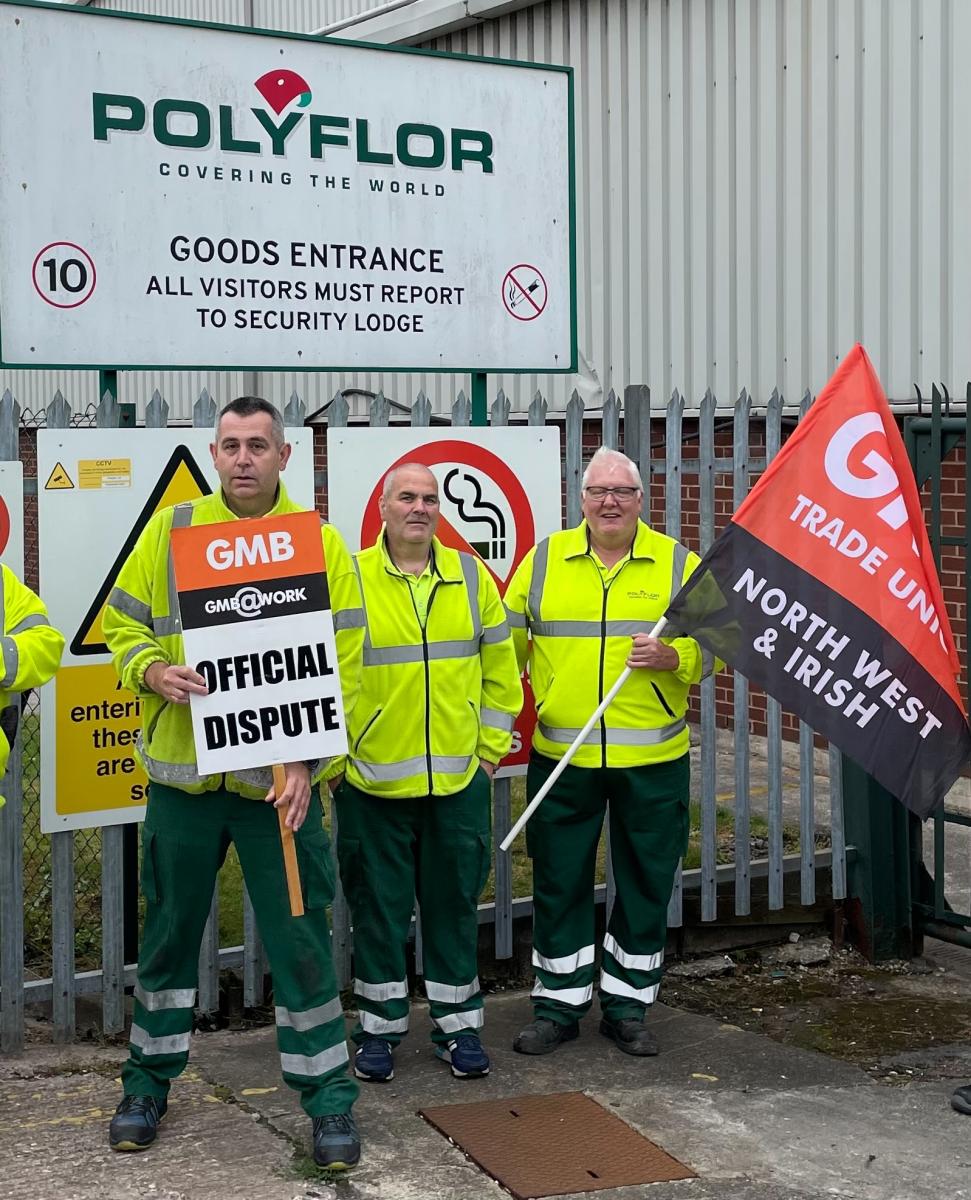