Since April, Asda has been hell-bent on imposing Contract 6. From the outset, Asda has threatened so sack anyone who didn’t sign up. We’ve heard stories of bullying managers intimidating people into signing and in recent weeks the company has sent “find a new job” leaflets to those who have not yet signed.

It is simply disgraceful behaviour from Asda, but they intend to plough on regardless.

Thousands of members have been involved in our campaign since April, meaning we have won some real changes. The latest concession from Asda is that colleagues will receive a pay rise in April – that is where our campaign will now focus, because the campaign will not be over until Asda respect their workers.

Alongside the pay increase we have won:

That’s not to say Contract 6 is good, we all know it isn’t, but together we have made changes that will make a difference.

Members are asking ‘what next’. For those who have not signed, we have put together a briefing. If you have not signed Contract 6, please see info below.

We must be clear to Asda - the campaign is not over.

We will not allow Asda – and Walmart - to continually attack terms and conditions. The law says we need 50% of all workers to be in the union to have proper legal rights, that’s what we aim for next while pursuing tens of thousands of equal pay claims against the company.

We will be in touch again next week, and please rest assured that Saturday 2 November will not be going unmarked. 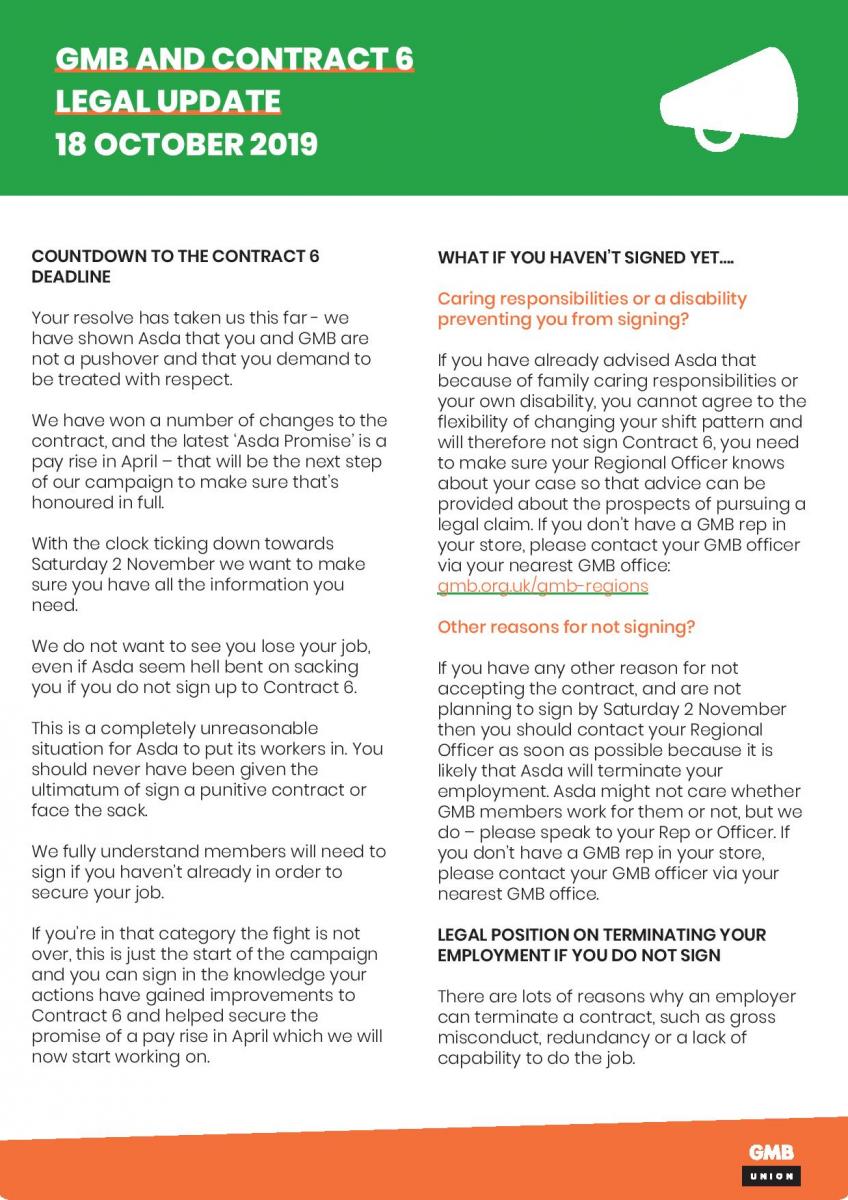 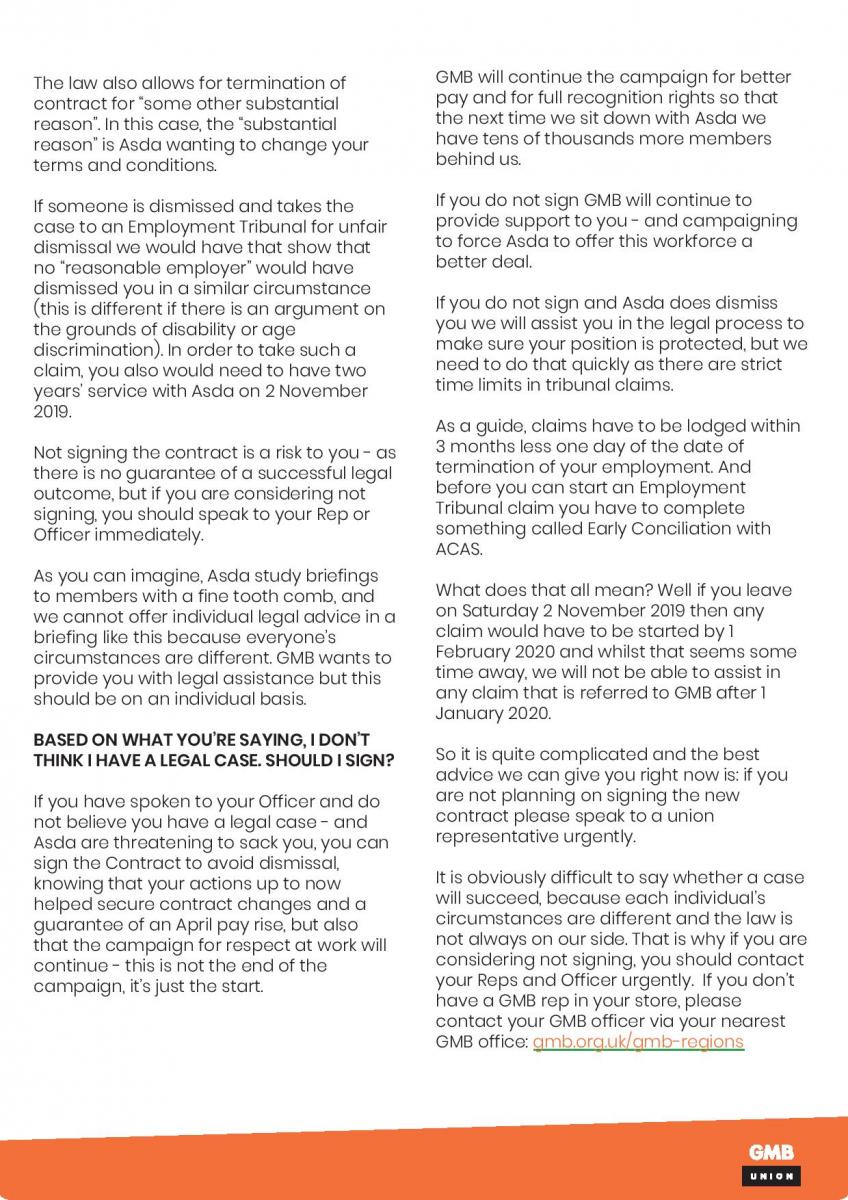 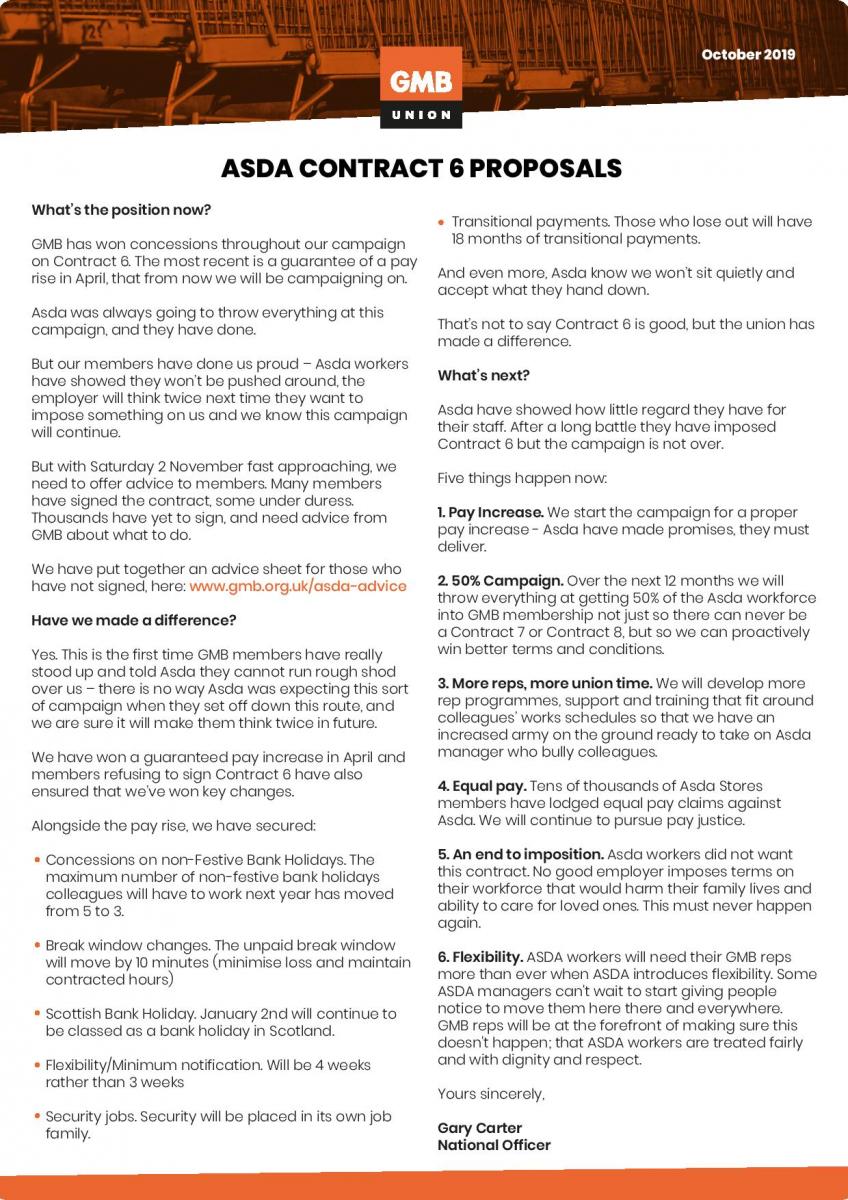