Whilst it is only right that these convictions are overturned, it is a sorry day for British justice.

Ricky Tomlinson and other members of the so-called ‘Shrewsbury 24’ who were jailed for picketing nearly 50 years ago have won their bid to clear their names at the Court of Appeal.

The Court of Appeal has ruled on appeals against conviction on behalf of 14 members of the "Shrewsbury 24" who were convicted for unlawful assembly, conspiracy to intimidate or affray after picketing building sites in Shrewsbury in the 1972 national builders' strike.

Speaking at the GMB North West & Irish Justice Conference in 2014, Ricky described it as a "sorry day for British justice" and said they should “never have been standing in the dock”.

Announcing the decision at the Royal Courts of Justice in London on Tuesday, Lord Justice Fulford said: "These 14 appeals against conviction are allowed across the three trial and on every extant count which the 14 appellants faced."

The judge added: "By the standards of today, what occurred was unfair to the extent that the verdicts cannot be upheld."

In a statement after the ruling, Mr Tomlinson said:

"Whilst it is only right that these convictions are overturned, it is a sorry day for British justice.

"The reality is we should never have been standing in the dock!

"We were brought to trial at the apparent behest of the building industry bosses, the Conservative government and ably supported by the secret state.

"This was a political trial not just of me, and the Shrewsbury pickets - but was a trial of the trade union movement.

"My thoughts today are with my friend and comrade Des Warren. Like me, he was victimised by the court for defending the interests of the working class.

I'm just sorry he is not here today so we can celebrate, but I'm sure he's with us in spirit." 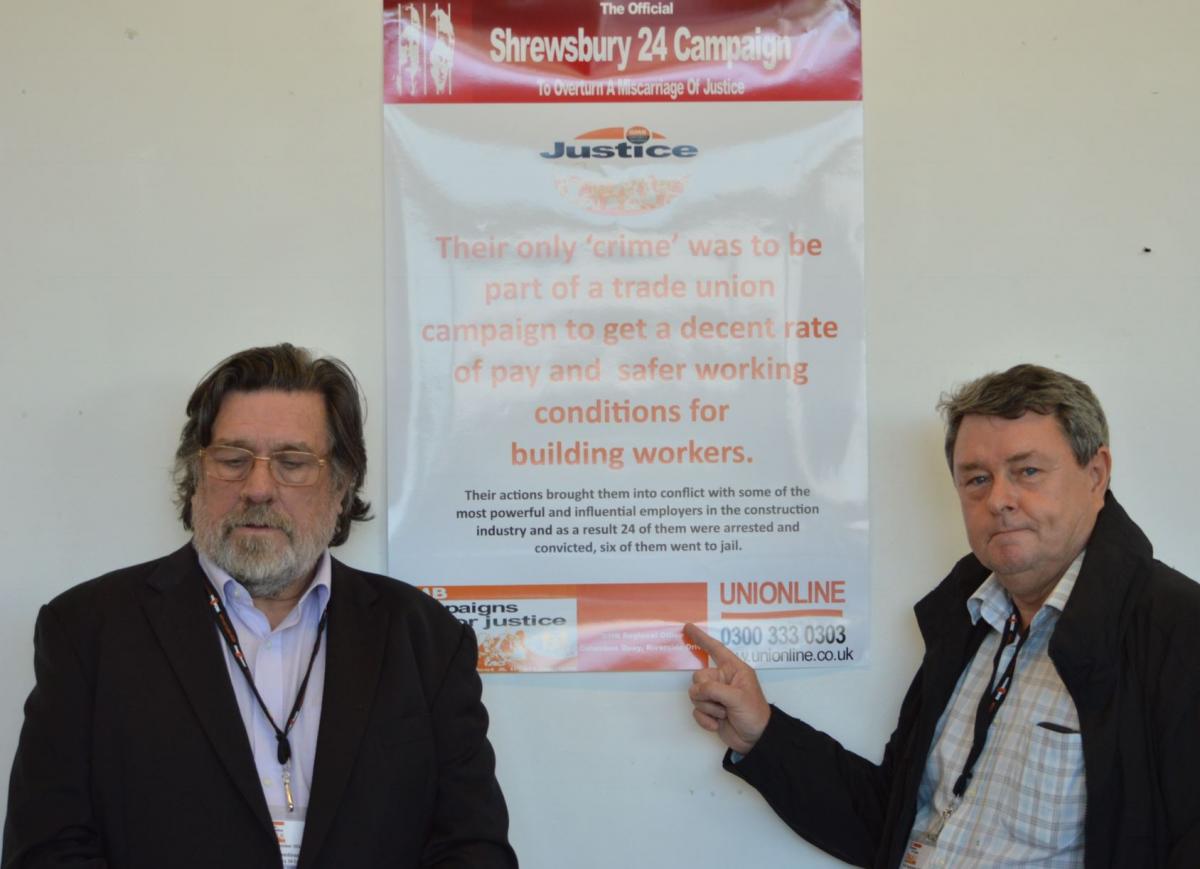