DO YOU REGULARLY WORK OVERTIME?

IS THE OVERTIME INCLUDED IN THE CALCULATION OF WHAT YOU ARE PAID WHEN ON ANNUAL LEAVE?

The recent Court of Appeal judgment in the case of:

East of England Ambulance Service NHS Trust –v- Neil Flowers & Others [2019] EWCA Civ 947 - has confirmed that if you regularly work overtime, whether mandatory, end of shift or shift over-runs, your employer should be considering that when calculating your annual leave pay.

GMB representatives are currently working with Trusts to resolve this issue.

We have written to the Trust to clarify their position and have forwarded those claim forms received to date to our legal department. We understand that there may be an appeal to the Supreme Court lodged but are working on the basis of this last judgement.

If you believe that you are not being paid correctly when on annual leave you need to contact your local GMB representative immediately for a form to assess whether or not you have a potential claim. 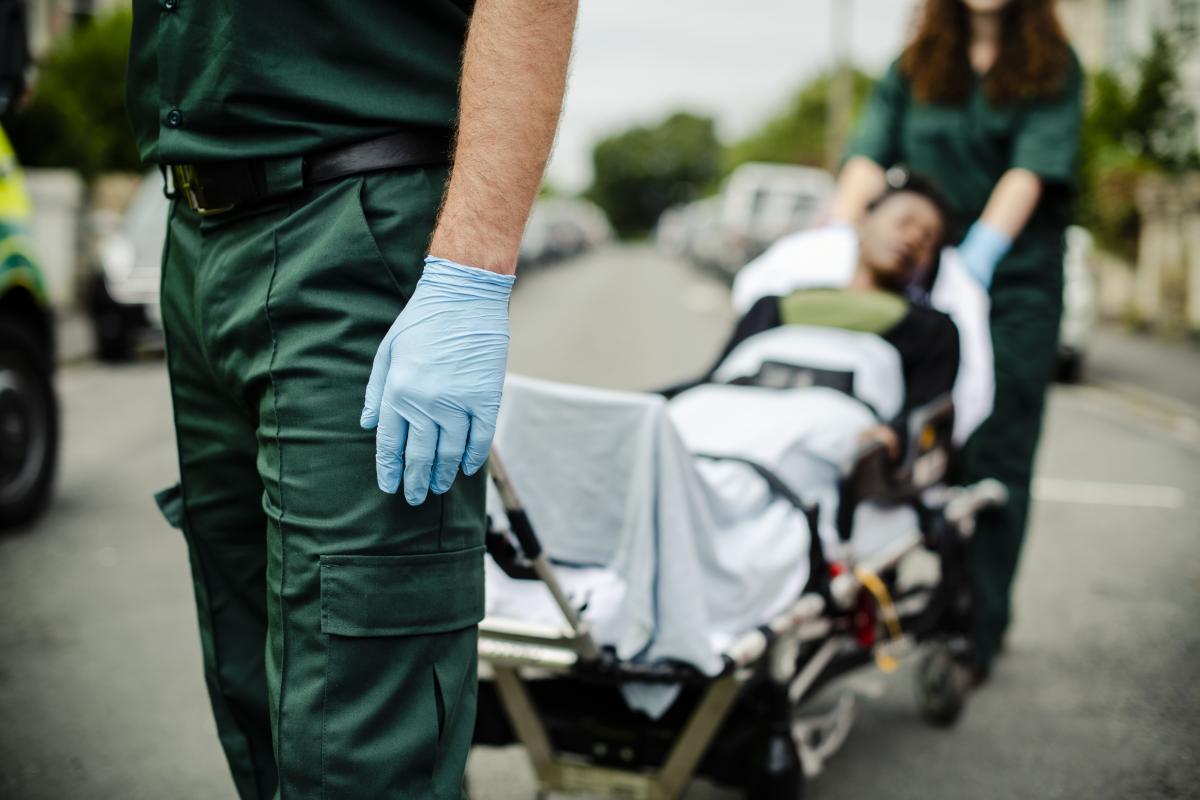 A stewards meeting will be held prior to the full meeting starting at 1800hrs prompt.

As this is our four yearly AGM all branch positions are open for election, therefore, if any member or representative wishes to stand for any position please email steve.rice@nwas.nhs.uk stating the position you wish to stand for.

• Redundancy payments. • Pension top up payments (‘Pension Strains’) – these cost the employer if the employee leaves their post early. This is not cash in the employees’ pocket and does not give people a pension higher than what they have earned. • Compensation as a result of ACAS arbitration, or a settlement or conciliation agreement. • Severance or ex gratia payments. • Payments on voluntary exit. • Pay in lieu of notice under a contract of employment (PILON due under a contract of employment that does not exceed one quarter of the relevant person’s salary will be exempt). • Any other payment (contractual or otherwise) as a result of termination or loss of office.

The GMB will be making a submission of evidence into this consultation on behalf of all GMB members who are set to be negatively affected by these proposals. You are invited to comment. You can access full details of the consultation at:

Not a GMB member? Join today at http://www.gmbnorthwest.co.uk/join-now 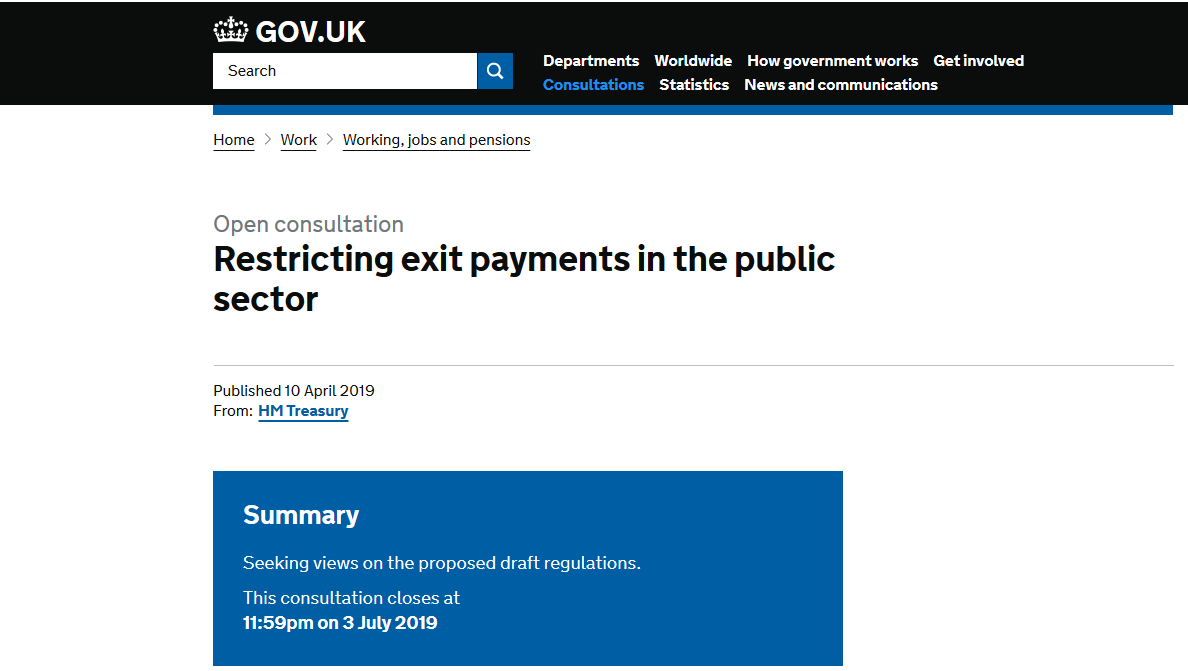 As you may know by now the Trust are in the process of reviewing all rosters. This follows a demand analysis being carried out last year by a company called ORH who looked at historical date by hour of the day and day of the week.

This showed that our resource levels were not adequate to meet the new ARP targets. The Trust took the information and was successful in negotiating an uplift of £8.2million from the commissioners to ensure resource levels are addressed.

However, the commissioners insisted that a total review of current rosters was undertaken to ensure they were getting value for money.

This has now been done twice, the first resulted in an increase in ambulances overall with some movement around some sector. The second was carried out following a change in the way response times are counted in ARP and seems to have seen very little variation from vehicle numbers in 2018. We have written to the trust to clarify the position and look forward to their response.

In the meanwhile the trust are asking for volunteers to represent staff at each station at roster review working parties, obviously GMB reps will attend these workshops but we do not have reps on all stations. All volunteers will be given time off to attend meeting as well as time off to feedback to staff.

We would prefer these volunteers to be elected by the staff that work on each station and have written to management to request this.

If you feel that you have something to offer this process please volunteer, if you would like more information please do not hesitate to contact your local GMB rep. 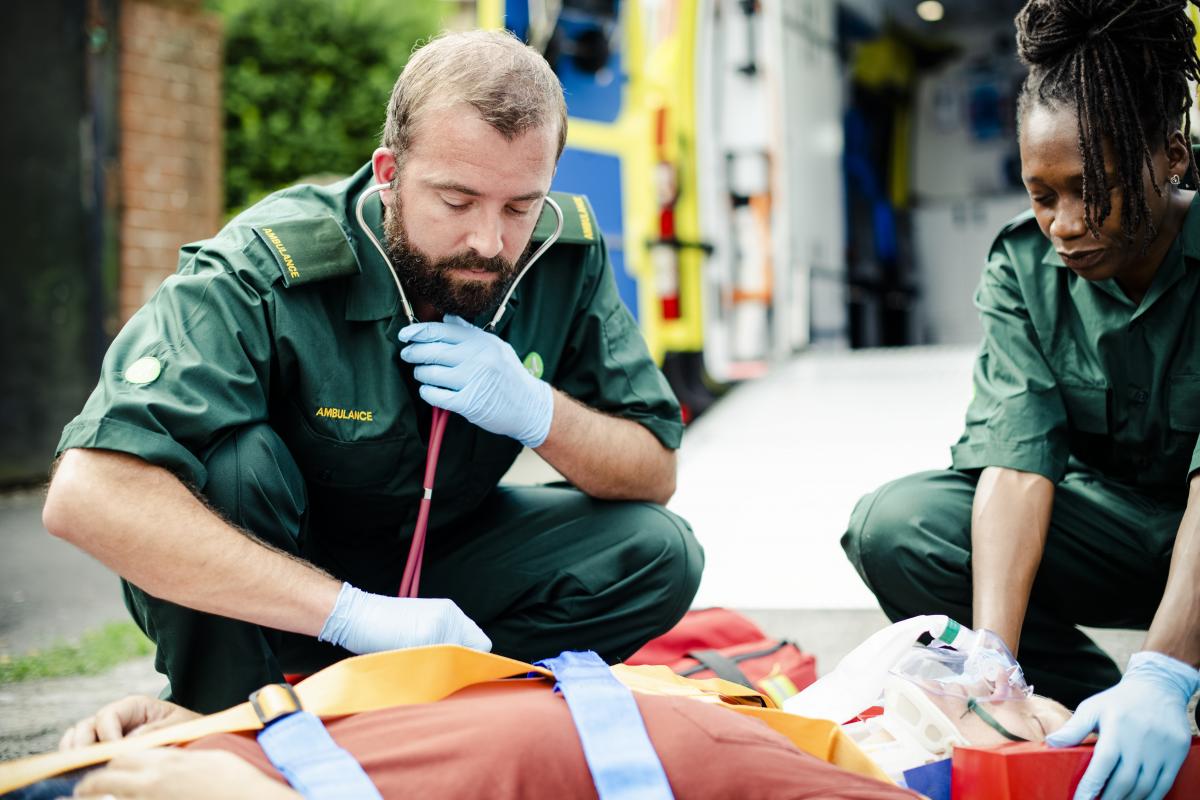 A commitment was made by the Government to tackle violence and aggression against NHS staff. The aim is for the NHS to be a better place to work – a safe place to work, staff are not coming into work in fear, staff receive support before and after incidents. The NHS Violence Reduction Strategy is to be implemented by NHS Improvement with finances committed in the NHS Long Term Plan and the people plan which we are still waiting to be published. NHSI are still awaiting the finances to enable them to move forwards with the work.

It is intended that it will be a 3 year phased program roll out in collaboration with Trusts and with national support to get the best outcomes. Staff side engagement is essential.

North East has started a small trial. Learning from this trial and NHSI are working with them to be able to extend the trial. Unison in the North East has expressed some concerns.

It is expected that the policy on body worn cameras in each service will be negotiated and agreed with local staff sides. A staff side representative will be nominated to be involved throughout the trial to work with the board on implementation.

There are requirements to be met by each service; including there must be an improvement in reducing the number of incidents. If they can’t meet these requirements and conditions they will not roll out body worn cameras until a later date when they can meet all the conditions.

Financial costs should be relatively low. The money will come from the financial commitment made by the Government. Equipment will be bought at local level but must meet certain standards which will be agreed nationally. NHSI are not able to instruct trusts which equipment to buy but they can advise them.

The phased roll out will give time for products to be tested and checked as to whether they are fit for purpose, any lessons learned to ensure good value for public money.

There will be an independent evaluator measuring the impact and success. They will report back after phase 1 to the SPF and NHSI and a discussion will then be had before moving into phase 2.

It was confirmed that individuals should not be personally responsible financially for any accidental damage.

There will be strict governance procedures regarding the data that is collected. This will be the responsibility of the data controller at the Trust. Risk assessments will be done on the storage of data and access will be restricted to only 2 or 3 people. Most recorded footage will not be viewed.

A task and finish group will be set up specifically on data collection / flagging. This is being led by James Shepherd who will be looking for people to be involved. GMB confirmed we would like to be involved.

Would like to reinstate a national data collection tool – preventative measures rather than reactive. A national system will take a long time – an interim solution may be something similar to what NHS Protect were collecting.

GMB campaigns for zero tolerance to violence and abuse. NHSI are unable to promote ‘zero tolerance’ as it’s not practical to manage. The government, department of health and NHS employers have all used this terminology, but practically NHSI can’t insist on it. This is due to clinical conditions and mental health issues.

The GMB committee does not agree with this and will continue to use the term in our communications with members.

GMB trade union is consulting with our members about these proposals

Consultation document of the Framework

Local government workers are the backbone of our communities; overwhelmingly part-time and female.

PHUTI LEKOLOANE BECOMES A PATRON OF