Reps from GMB Union North West Gas 173 Branch are sending out a powerful festive message to members and management that we are not going away anytime soon. There was plenty to celebrate at the Casa in Liverpool with the branch welcoming Bella Ryan, the first ever female president to chair her first formal meeting. And at the end of the meeting there was a small presentation to four branch stalwarts for services to the membership and branch.

Around 20 activists heard updated reports from reps (Paul, Dave, Mark & Sean) who work at Cadent, British Gas office, BGS&R, Morrison Data Services, highlighting the pressures on reps and members after the strike and the fall in standards because of poor and inadequate technical training for new staff. Meanwhile Bella gave a detailed Equality report on some of the diversity activities taken up by the branch, including development of Domestic Abuse training.

Mike Aldridge and Aubrey Thompson told the group about their work on future branch modernisation plans with plenty of discussion about positive recruitment and the need to be organising and developing new reps.

Regional officer George Paterson gave an update on pay and conditions negotiations while all the way from London National officer Gary Carter gave a broader view and congratulated the branch for their work in recent difficult times particularly during the Fire and Rehire conflict.

The presentation was to Aubrey Thompson and Mike Aldridge who despite taking retirement are staying on the branch committee and working on a special project to modernise the branch making it more relevant for members.

Trevor Shier a long-term Cadent rep who retired recently and stood in admirably for senior rep Ian Hughes earlier in the year.

Ian Hughes was given a special presentation, retiring after many years as senior rep and a long-standing branch committee member.

Paul Holleran the regional health and safety and education officer was guest speaker and gave an insight into the way the GMB are tackling stress and mental health in the workplace. Paul raised the issue of bullying and bad management practices stimulating debate around the 20 or so activists. 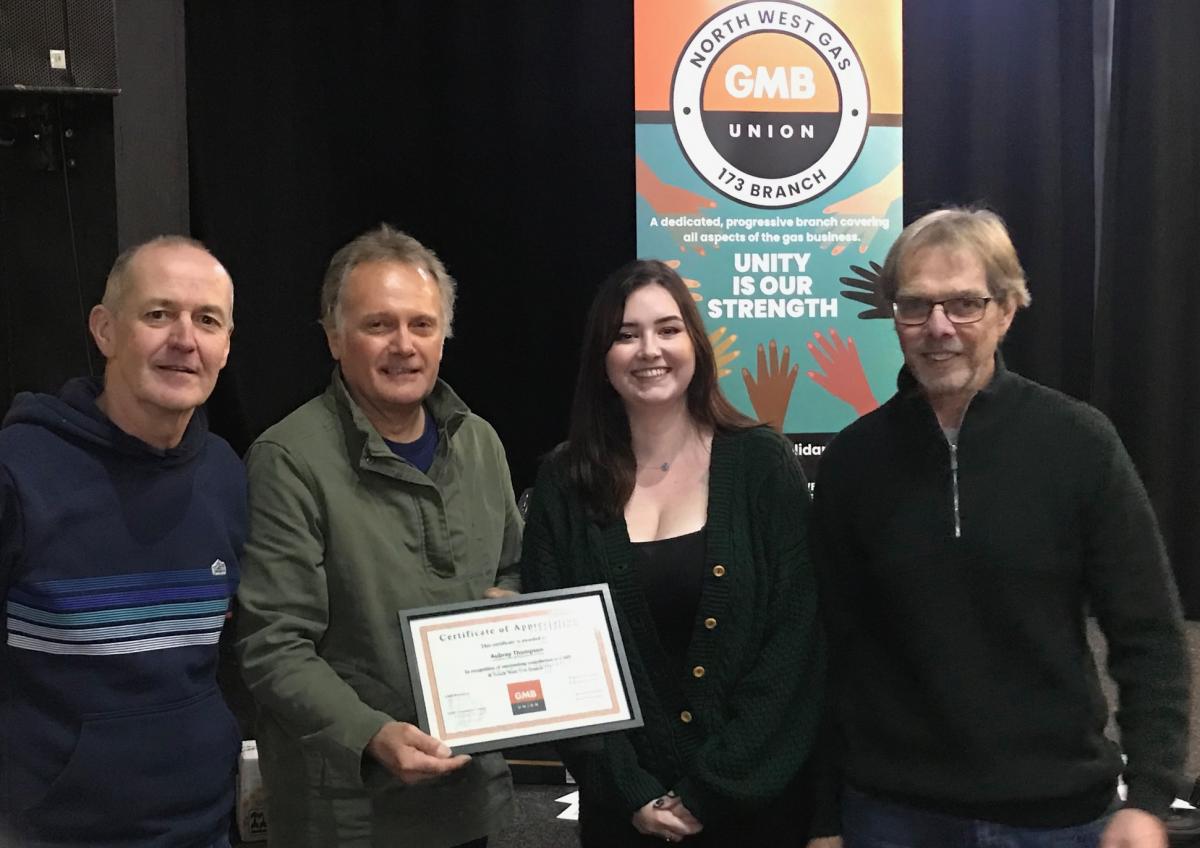 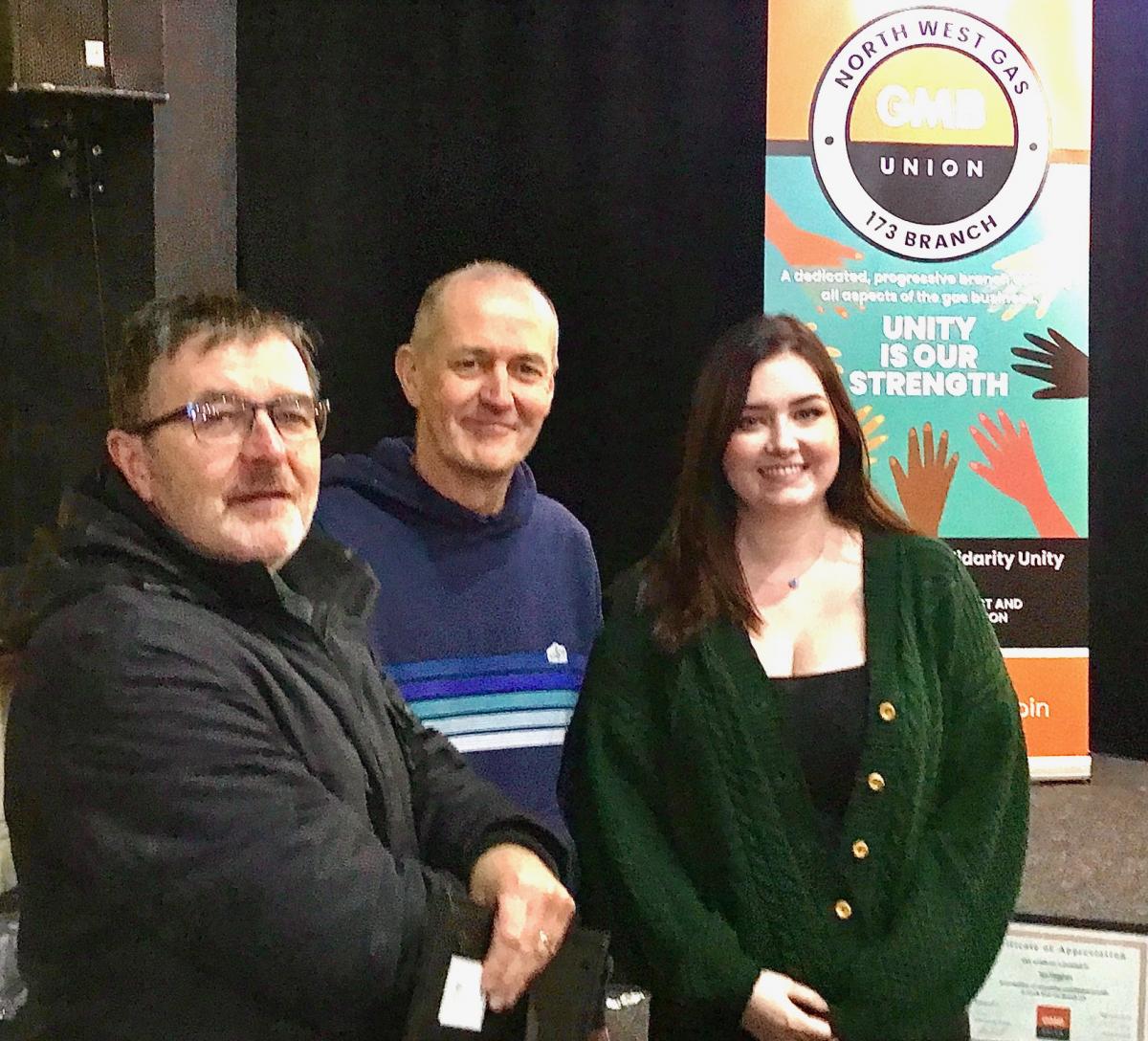 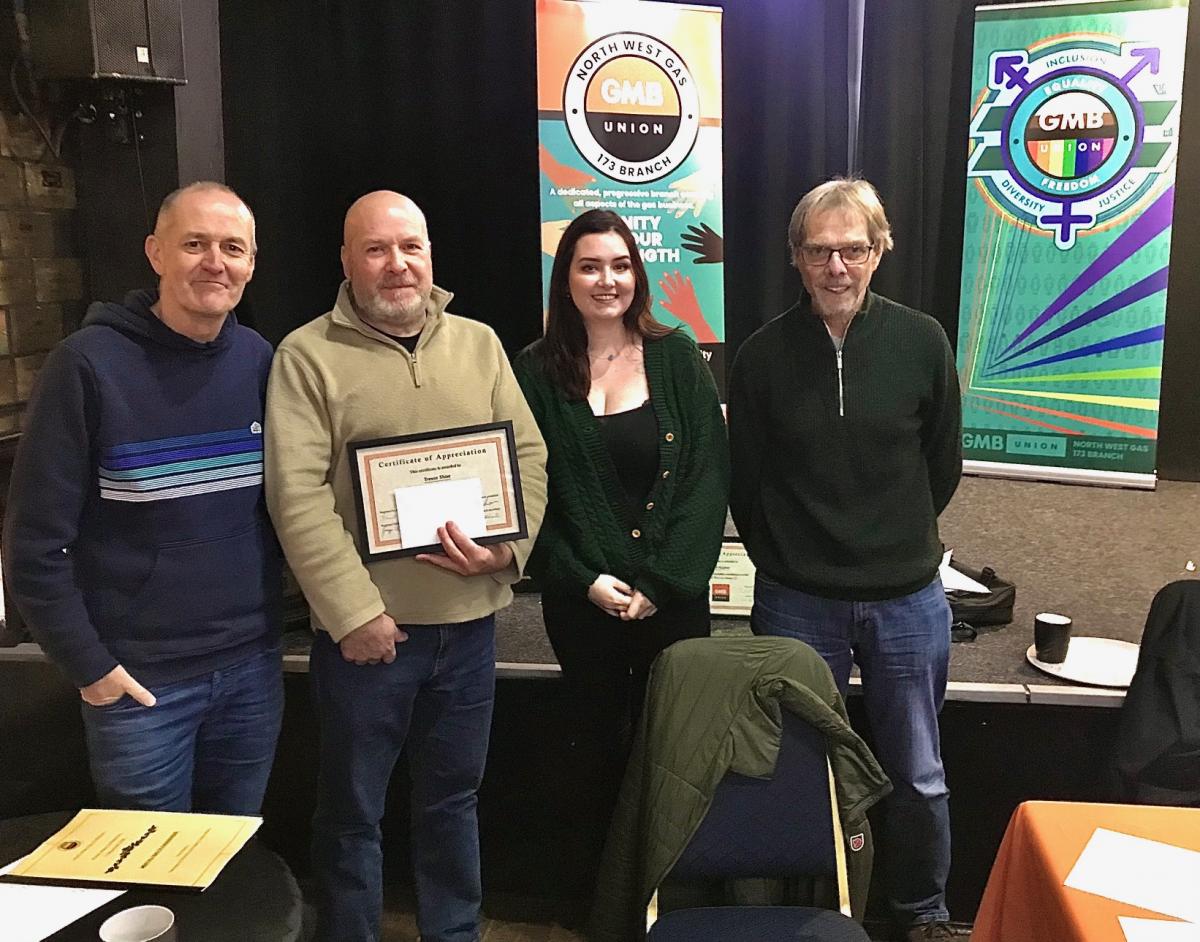 It is essential the GMB union continues to provide support, training and advice and intervene with management when required.

FESTIVE MESSAGE FOR A SAFE FUTURE WITH